About a year ago, Mozilla released a completely rewritten version of Firefox for Android that came with much faster rendering and a rethought interface. The company keeps regularly updating this new browser, and as such, it has just started rolling out Firefox 90 to the Play Store. It comes with a few small, measured changes, though it’s mostly about making the experience more stable.

Following major iconography changes in version 89 as part of a full desktop redesign, this release packs fewer novelties. From what we could see, there are only some minor settings tweaks, with the Firefox account settings moving further down and the Set as default browser toggle turning into a more prominent banner at the top. We’ve also spotted a new credit cards entry that, unsurprisingly, allows you to save payment methods to your browser. You can add multiple cards, though right now, you can’t give them nicknames to help you distinguish between them. To access your cards and autofill, you need to verify your identity via biometrics (if set up). 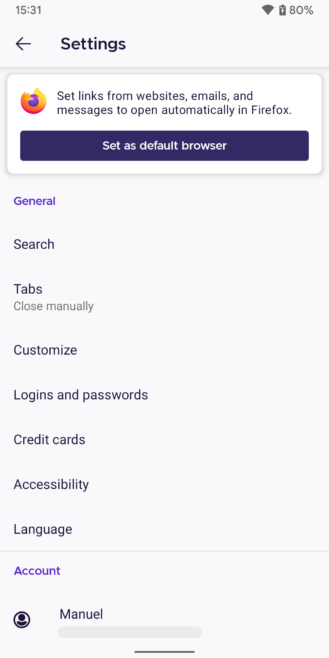 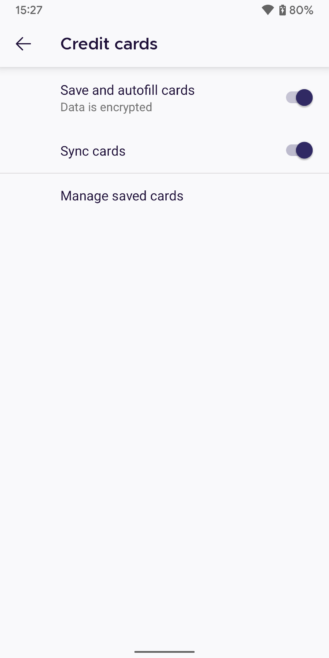 FTP connections are completely dead in Firefox 90. Mozilla already turned off support for the File Transfer Protocol in Firefox 88, but it was possible to re-enable it via flags until now. That’s no longer an option, as the underlying code has been removed completely in the stable version of desktop Firefox 90. To access FTP servers, you’ll have to use a dedicated browser in the future, such as FileZilla.

Unfortunately, Mozilla hasn’t added any officially supported add-ons to the Android release yet again, after not having changed the list for the last few versions. We can only hope that the situation will improve with upcoming releases. In the meantime, you’ll still have to rely on Firefox Nightly to get access to more add-ons — here’s how to set it up.

Firefox 90 for Android hasn’t started rolling out on the Play Store widely yet, so if you want to get your hands on it right away, you can download it over on APK Mirror.