The first seemingly official Samsung Galaxy Z Flip 3 renders are here, detailing the phone’s design. The images shared in this leak come from GizNext, who partnered up with Evan Blass aka @evleaks.

This is definitely the best Galaxy Z Flip 3 leak we’ve seen thus far, at least as far as the design goes. These renders are probably official ones, as that’s what @evleaks usually shares.

You can see the phone in a number of different colors thanks to this leak. The Galaxy Z Flip 3 will utilize a dual-tone design, unlike its predecessor. The area surrounding its rear cameras will be black on all models.

Next to its dual camera setup, you’ll get a secondary, ‘cover’ display. That display will be considerably larger than the one on the first-gen model, by the way, almost twice the size. More on that later.

The hinge will not be visible when the device is unfolded, and Samsung also did a good job aesthetically when it’s folded. These images will also show you that secondary display in action, as it’s powered on in several images.

The Galaxy Z Flip 3 will be quite thin, based on these images, and it’s also going to be quite tall and narrow. That is expected, the same was the case with its predecessor.

A display camera hole is included here, and it’s centered at the top of the display. That’s something we’ve expected based on other 2021 handsets from the company.

The phone will launch in quite a few color options

The Galaxy Z Flip 3 will launch in Black, Beige, Dark Blue, Dark Green, Gray, Pink, and White colors. Most of those color options are shown in the provided images and video. The video is embedded below, while you’ll need to visit the source link to check out all the images. We were unable to reupload most of them due to the way they are shared.

The phone is expected to include a 6.7-inch main display, with a 25:9 aspect ratio. The ‘cover’ display on the back will measure 1.9 inches, while the one on the first-gen model measured 1.1 inches.

The Galaxy Z Flip 3 is expected to launch alongside the Galaxy Z Fold 3 and Watch 4 series in early August. If you’d like to know more about the device, check out our preview. 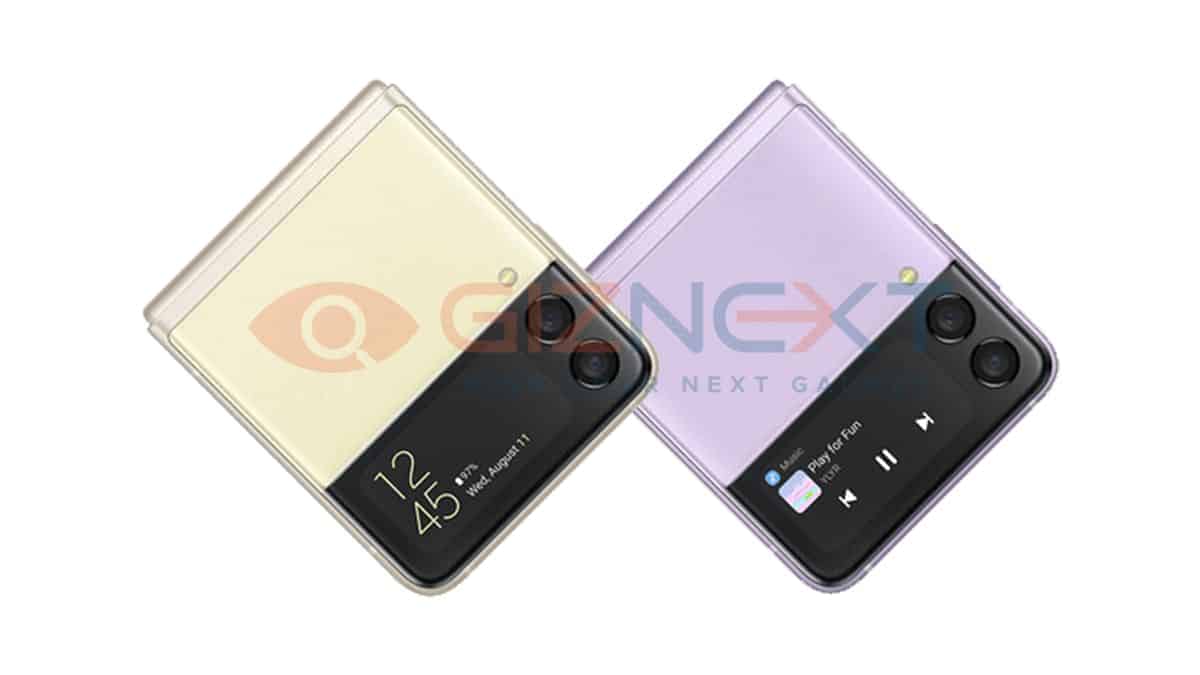