It’s tough for Android tablets to compete in the market, especially with Apple’s iPad single-handedly dominating the space. But for casual users looking for a cheap and portable “Netflix machine” to stream from the comfort of their couch, nothing fits the bill better than Samsung’s Galaxy Tab A7 Lite. It’s a great bang-for-buck tablet that could easily outpace its Amazon Fire competition, and today, you can pick one up for $130 on Amazon and B&H — normally priced at $160.

The Samsung Tab A7 Lite is no iPad, equipped with decidedly middle-of-the-road specifications. Its 8.7-inch TFT LCD screen with 1340 x 800 (WXGA+) resolution is nothing to write home about, but its slim and sturdy metal frame should provide decent protection to the tablet. It’s got a quad-core MediaTek Helio P22T processor, 3GB of RAM (configurable to 4GB), and 32GB of eMMC flash storage. There’s a single USB Type-C port (capable of 15W charging) and a microSD card slot on the side if you need more storage, too. The A7 Lite runs Android 11 using the company’s One UI 3.1, and its 5,100mAh battery is ample enough to get you through an entire day. 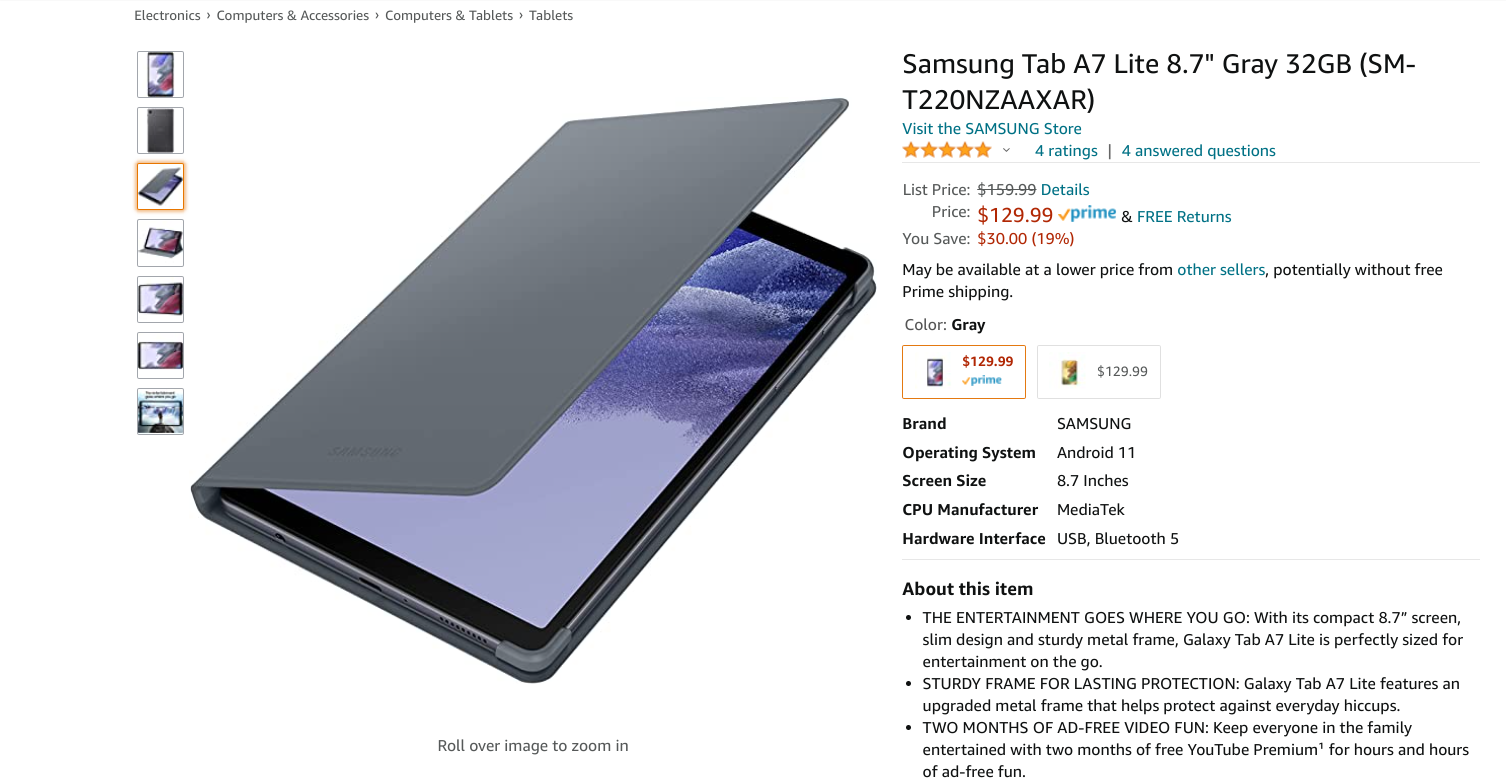 Samsung’s Galaxy A7 Lite is a capable tablet for casual media use, and you can snag one from Amazon and B&H for $30 off right now. For those on the fence about grabbing the Samsung Galaxy Tab A7 Lite, it’s a great budget tablet for the money — and one you should pull the trigger on.