The Android marketplace has been feeling a lot smaller lately. LG dropped out of the smartphone game entirely a couple of months ago, and while HTC hasn’t officially thrown in the towel, the halcyon days of the One M7 and M8 are long gone. Sony’s still alive and kicking if you’ve been missing some of that old-school Android feel, and it’s finally bringing its newest flagship to the US next month.

Although the Xperia 1 III was announced way back in April, Sony had yet to announce availability — and pricing — before this morning. Hopefully you’ve been saving up your cash, because as with last year’s Xperia 1 II, it’s not cheap. Pre-orders begin today exclusively through Sony’s web store for a whopping $1,300, making it one of the most expensive non-folding phones on the market.

Even if you’re ready to throw your credit card number down right now, the device won’t actually ship until August 19 (Sony’s gonna Sony). However, if you’re willing to buy the phone before September 26, the company is prepared to hook you up with some sweet, sweet bonuses. Sort of. You’ll get a free pair of its WF-1000XM3 earbuds with your purchase — great headphones for sure, but not the new XM4s that have blown the AP staff away. Also included: 43,200 Call of Duty: Mobile CP points, which is apparently valued at $540 (though I’m not sure by who). 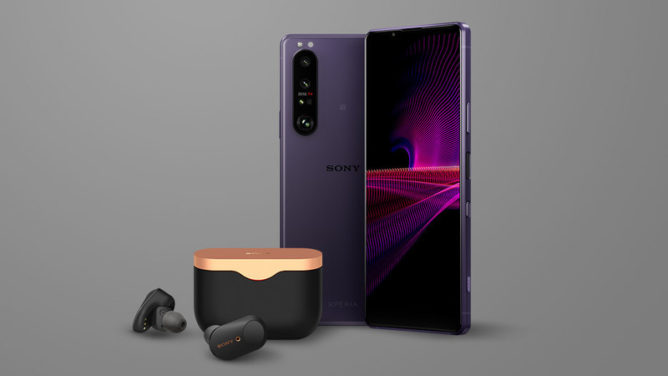 In case you forgot its specs — totally understandable considering Sony announced this phone two and a half months ago — the Xperia 1 III includes a Snapdragon 888, 12GB of RAM, and 256GB of storage. With a 6.5″ 4K 120Hz OLED display, a 4,500mAh battery, and an all-new variable telephoto lens that can swap between 70mm and 105mm, this is a flagship phone through and through. It also — finally — has 5G support (though it’s limited to sub-6) and is available in purple or black variants.

We weren’t super hot on last year’s Xperia 1 II. Its lack of 5G, inconsistent camera quality, and price made it a tough pill to swallow. With this release, Sony has fixed some of the issues of its previous flagship, but considering it’s even more costly than before, this phone will really have to prove itself.