The last decade has seen a rapid rise in digital payments, so much so that you can easily spend a day out in the city, making payments with smartphones or smartwatches, without breaking a sweat. However, we’re far from completely ditching our hard and plastic cash; this means wallets are still a thing. Like a gazillion other everyday carry items, they too have been given the tech treatment — they protect you from theft with RFID blocking and you can ring them when they’re out of sight. Well, not all of them, but the one in my pocket can be located with the help of Google Assistant or Alexa. 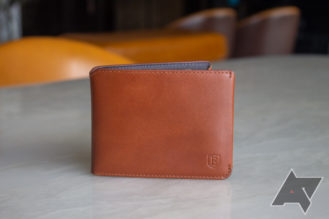 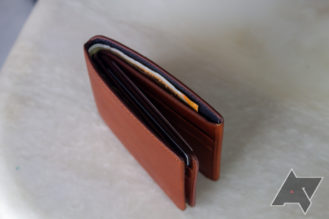 This is the caramel colorway, but there’s brown and black on offer too.

The Ekster Modular Bifold, which costs $89, looks like any other leather bifold wallet out there but it couldn’t have had a more apt name. The trick up its sleeve is the inside 4-card magnetic cardholder that can be snapped off and used independently when you wish. I don’t like to lug around a wallet when I go for jogs and this removable cardholder gives me just the flexibility I need. The alternative would be to get another super slim wallet (there’s a bunch of them out there), but I don’t want to sacrifice space. 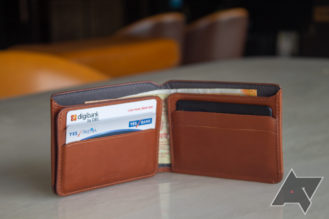 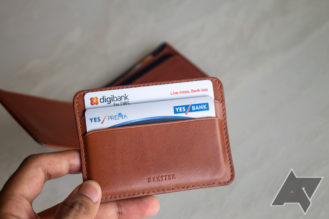 The magnets are strong enough to keep the cardholder, with four cards, in place.

The Ekster wallet has the added (and nowadays common) benefit of RFID protection, which will prevent your payment or identification cards from being read remotely. In a time where contactless cards are becoming the norm, this is a safety feature you just shouldn’t compromise on.

Wallets generally come in plenty of finishes, but leather is still one of those materials that are timeless and exude elegance. Ekster makes use of genuine, ethically sourced leather that should age like fine wine; I’ve had some experience with one of their older wallets and I can vouch for this. Even after using it religiously for almost three years, the wallet hasn’t lost its shape and the leather hasn’t scraped one bit.

If you’re not a fan of this traditional wallet form factor, though, Ekster has some sleeker, cooler options on offer, which are especially appealing if you don’t carry a lot of cash. The Cardholder series is more compact and features an intuitive card ejection mechanism that fans out your cards at the push of a button. It’s incredibly cool and makes it extremely easy to choose from up to six cards. 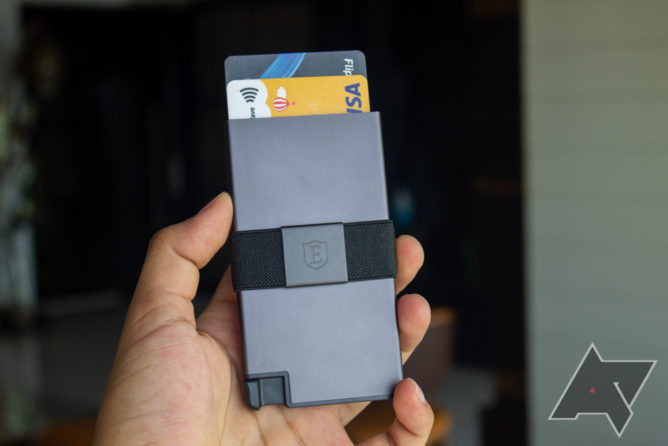 There’s also an elastic strap (the one on my older wallet hasn’t loosened yet and that speaks miles about the quality) in case you want to hold a few more cards and benjamins. As for the finish, you can choose between leather and aluminum.

If you’re cursing me because I haven’t touched upon the smarts yet, allow me to redeem myself. So, the wallet itself isn’t smart but the company also sells a tracker card (an additional $49) that can fit in all of its offerings. The tracker card works on the crowd-sourced Chipolo network and is compatible with Alexa and Google Assistant, meaning you can ask your choice of voice assistant to ring the tracker when you can’t find your wallet. 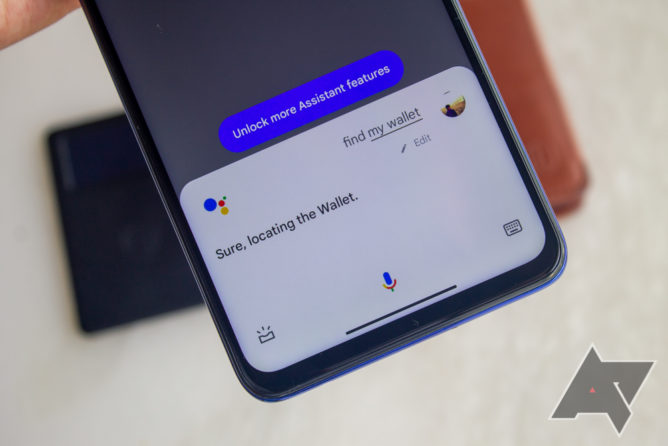 The sound that the tracker produces isn’t loud, so it likely won’t be of much use if you lose the wallet outdoors. However, if you’re anything like me and misplace it indoors more often, the high-pitched alerts will sure grab your attention. Ekster even allows you to change the sound, in case your ears aren’t well suited to the default tune.

But what if you lose it outside four walls? The smart tracker sends out-of-range alerts — unlike Tile, Chipolo doesn’t ask you to sign up for a monthly subscription for this — as soon as it gets disconnected from your mobile phone. If you somehow miss on that alert, you’ll have to rely on the card to ping another Chipolo user from the global crowd-sourced network. If you live in the US or Europe, you should enjoy the benefits of a fairly extensive user base.

The tracker works the other way around too in that you can double-tap the button to make your phone ring, provided it’s in Bluetooth range. Also, if you fancy, you can use the tracker card as a remote shutter button to take images within the Chipolo app. 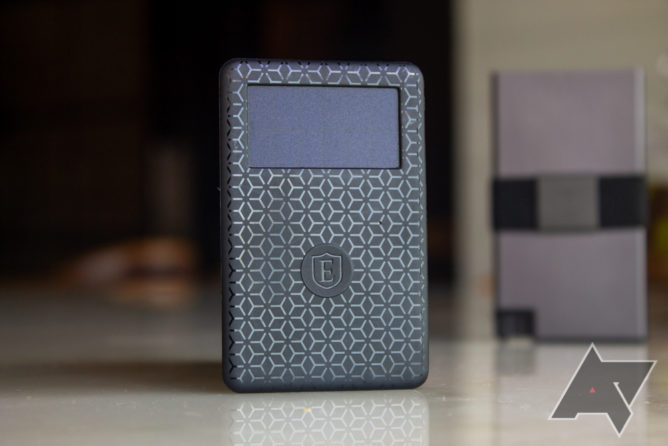 Sure, the tracker is expensive at $49, but it’s got a feature that most competitors lack — a solar panel. It’s an extremely efficient panel, said to be one of the most advanced ones out there, that doesn’t even need direct sunlight to be charged; placing it in a well-lit room for three hours should power it for two months. If you don’t drop it in water, it should last you longer than similar offerings and not contribute to the growing problem of e-waste.

Ekster wallets are surely not the cheapest ones around, but if you’re in the market for a premium, smart wallet, they surely deserve your attention. They last long, have some neat functionality, sport a timeless design, and come with optional smarts that’ll surely ease your anxiety. However, if you’re only interested in the smarts, you can consider getting just the Tracker Card and popping it in one of your existing wallets.